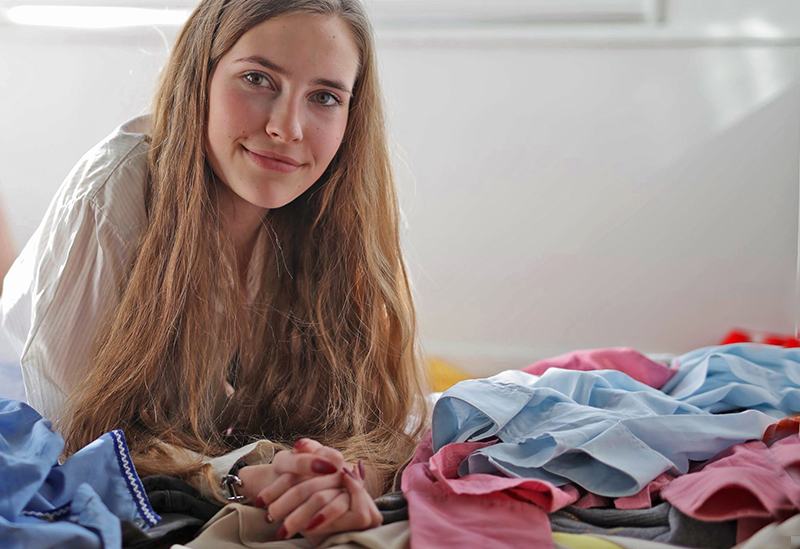 As the months roll on, small stacks of things appear, little items scatter, and widgets and gadgets appear along with miles of power chords.  Taking some extra time to re-organize can spruce up a place, and believe it or not lead to a major reduction in stress.  For those with many hobbies, many kids, or simply many things — keeping a home well organized can seem daunting, especially once a certain threshold has been reached.  It can seem that storage areas are loosely packed, corners in various rooms accumulated piles or even enormous stacks, and places like bathroom counters and small closets can be packed to the brim.

One of the biggest traps we can get in is having two or three of the same item.  This can be helpful with things like tape and tools, or little helpful items.  But, when we are talking about spare empty boxes, old books that might never get touched again, or a third or fourth set of sheets or towels beyond what ordinarily gets used… well, then we have an issue if space is limited.  The human mind has a dopamine response when acquiring items, especially if we can get ourselves to feel they are needed.  It’s not easy to overwhelm this response.  It’s also triggering to get rid of items that once gave us that feeling of security or purpose in the shopping experience.  Overcoming the need to hang on to unnecessary stuff can seem like a small hurdle, but most people that shave off the unneeded things report a sense of feeling lighter, freer, and end up never missing the stuff at all!

One of the biggest obstacles to an easier life is reducing the amount of time we must promise to taking care of responsibilities.  We can learn to ignore some of those things, and cleaning does not escape that temporary urge to forget.  In fact, shoving off order and tidiness is something probably 30% of people can begin to set into – the number goes up the busier a person becomes.

The best way to get started is to pick a room you use often, and begin a full churn of all items in the room.  Planning things Tetris-style to reduce the footprint of extra containers, stacks, and maybe re-arrange furniture and cabinets to create a smaller profile, thus giving the feeling of a much larger space.  If you tackle the entire house at once, more people get burn-out.  The number one stopper is tied with stirring up old memories by touching old things, or just getting exhausted from the labor itself.  A cluttered house can take an entire day to sort out.  Completely handling one full room will lead to a new dopamine pathway however, and then you can reduce the future load by promising to do an hour a week, or every few days until the house is revamped.  The key is getting the mind to appreciate the new feeling, and making trades to get rid of the old feeling.  All that clutter may have slipped out of your attention, but one’s subconscious is always aware of it.  That’s why such a weight is lifted and a sense of accomplishment gained when the home is sorted out properly.

No matter how long it’s been, now is a good time to start working on this task.  Believe it or not, you have an advantage even now, with a bigger mess.  The average time to organize a room does not go up substantially — whether the area has not been organized in a year or three years.  The extra years might add a little time, but substantially less than you might imagine.  Now, the dust bunnies might be significantly larger, but the vacuum loves those no matter the size… see, you’re not at such a disadvantage at all!